Through the maze of national political twists and turns, there is a local sense of urgency among candidates and legislators at recent virtual forums held by the NAACP and 100 Black Men of Long Beach.

Everyone, it seems, agrees that voters must get their ballots signed sealed and delivered, and don’t wait.

Jesse Johnson, a member of both groups, is urging voters to walk it in – or run – to their nearest designated drop-off ballot location.

As important, he said that voters must follow the instructions to fill out the early ballot because as many as 100,000 ballots were thrown out for very minor mistakes.

He urges the community to step up to their civic duty.

“Tell 15 of your friends and family members to registered to vote, and ensure that they vote and ask them to inform 15 of their family friends and peers to do the same. Whatever you do, do it early,” Johnson said.

At a recent NAACP and 100 BMLB forum, Al Austin addressed the importance of holding legislators accountable, but he also emphasized that as negative as the past year has been, he sees new opportunities.

“We have a very woke constituency, people have woken up by seeing that trauma on March 25 with George Floyd. That event really, along with COVID 19, has changed the world in 2020,” said Austin, who has served on the council since 2012.

Austin talked about his tenure as consistent with advancing the Black agenda. For seven consecutive years, he’s hosted the HBCU college fair. The Black History Month program is also held at Bixby Knolls, which pulls wide participation, not just from the Black community, but also for educating others about African American contributions to the city.

Last year, at Councilman Austin’s request, the City Council also set aside $50,000 for the planning and development of the African American Cultural Center. Meetings are ongoing, and the project is also funded for $50,000 for 2020.

“We moved an agenda to create an African American Cultural Center for Long Beach that will be a place and space for Black people in this community to be proud of, to come together, gather and celebrate culture and organize as a community. That is happening and moving forward as we speak,” he said.

He has lived in the community for two decades, and over the years, has worked as a staff representative for the American Federation of State County and Municipal Employees (AFSCME), a district field representative for State Senator Kevin Murray, and in the aerospace industry.

Tunua Thrash Ntuk says restoring trust and renewing a partnership between the community and the council office is the first step. She feels the district requires new leadership with vision and a “can-do attitude” to meet the community’s needs.

“I will focus on opening communication lines with our residents, organizing new neighborhood associations, and encouraging civic engagement where all residents are heard, not just the influential or the loudest voices,” she said. 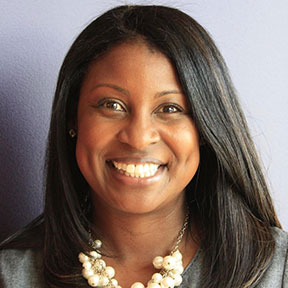 She’s focused on providing relief to residents and small businesses hurt by the pandemic, and to provide leadership for the city’s recovery.

Thrash-Ntuk is a graduate of Massachusetts Institute of Technology (MIT) with her Master’s in City Planning and an alumna of UC Berkeley where she received her Bachelor of Arts Degree in Interdisciplinary Studies.

If elected, she stressed the need to work with small businesses, making sure they receive every available resource during these challenging times. She plans to identify opportunities to bring new businesses to the community.

“[It’s to] lay the foundation for more economic opportunity,” she said. “I will also work to keep people in their homes and work to build more housing so that first-time homebuyers and renters have more affordable options in our city,” she said.

Thrash-Ntuk is employed as the executive director of Los Angeles Local Initiatives Support Corporation, where she specializes in community and economic development, community advocacy and neighborhood revitalization.

She distinguishes herself from her opponent based on her focus on the local economy, and the economic vulnerability of the community. As councilwoman, she wants to bring community and resources together to strategize around a plan that she’s outlined to help meet housing and economic recovery.

She said the district must have a plan in the aftermath of COVID.

“We have record unemployment and families who are living one missed paycheck away from becoming housing unstable. The current Councilman seems to be satisfied with taking a backseat and letting others do the work,” she said.

Vice Mayor Dee Andrews, elected in 2007, is running on longevity for both the community, and time served on the city council.

Andrews, who has lived in the city for over 60 years, boasts a leadership legacy on his website for his role in the Sixth District with balancing the city budget, and saving taxpayers over $230 Million in pension reform during the Great Recession. He also serves as Chair of both the City’s Housing and Neighborhoods Committee and its Personnel and Civil Service Committee. 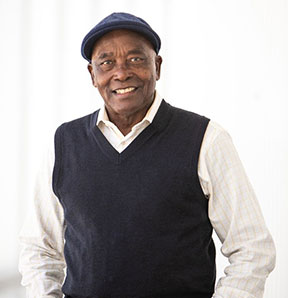 “I am deeply honored to have been endorsed by Mayors Foster, O’Neill, and Garcia. Their leadership has been essential to the progress of Long Beach, and I will always work hard to keep our community moving forward,” Andrews recently posted on his Facebook page.

Andrews holds a bachelor’s degree in Social Sciences and Physical Education from California State University, Long Beach. He has worked for the Long Beach Unified School District, and was recognized by the American Red Cross as a Hometown Hero.

“Although we have been able to successfully create jobs for Sixth District residents; promote programming in our city parks for children, adults, and seniors; improve public safety; create much needed public infrastructure improvements; and improve communication with our residents, there is still much work to do,” continued Andrews on his website. “It is an exciting time in Long Beach, and I would be humbled to have your support, so we can continue the work for our neighborhoods.”

To find your ballot drop off location, see<https://www.sos.ca.gov/elections/voters-choice-act/vca-voting-locations

How to avoid common mistakes in Vote By Mail

To learn more of the candidates, see: