School District Candidates: Get out and Vote

Chances are education and the way students learn will not return to the way things were before COVID, and  no doubt there is plenty of room for improvement in the months ahead.

Gwendolyn Dowdy Rodgers feels it’s important to dig deeper into current hindrances to learning, and be prepared to make corrections wherever needed. But, she adds that the district can build upon the progress that it has been able to accomplish so far. 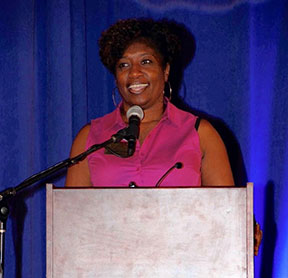 Local students have been moving toward technology all along, but it was more for entertainment purposes. Now, she said they must use it for education.

“I think it’s upping our game in the 21st century to connect more students to distance education, and for college education,” said Dowdy Rodgers, SBCUSD Board President.

Dowdy Rodgers holds a Bachelor’s of Science in Social Work and a Master in Human Resources Management. She is also past president of the District African American Advisory Council.

Getting both students and parents ready for the technology is also a concern, but she believes they will adapt.

“We’re kind of forced to do that,” she said. “Technology has always been here, we just didn’t see it as a main device for education.”

Distance education will also give more choices, but she said parents will always have the option for brick and mortar structures. Lately, she has heard talk of things going back to normal.

“People are saying what is normal? Everything for me as I lead with the Board, if it doesn’t line up with safety, then it’s not considered normal,” she said.

Districts also have some autonomy to decide what’s best for their students, but she stressed that all must be guided by public health, the county and the local numbers before returning to the old school way of doing things.

“Our theme is when it’s safe to [return] we’ll do that. Safe to do so can only be revised when all the restrictions are in alignment with what our officials are telling us we can do. We will not violate restrictions.”

Probably more than any other time, Dr. Margaret Hill said that perseverance is the key to survival for parents and students in dealing with COVID-19.

“We just need to redirect our mindset,” she said. “If there’s a danger in sending kids back to school, let’s make home school.”

Dr. Hill is a former principal at San Andreas High School. She started her career as a teacher in 1971 at San Bernardino High School. She said she wants to keep the lines of communication open, and always tells parents to put their concerns in writing, and they can also give the Board possible solutions.

“I hear your concerns are legitimate, but you need to let me know what can we do to resolve the issues,” she said.

Lately, she sees more parents participating in their Town Hall Zoom meetings and bringing some great ideas. But she wants to see more Black parent involvement in those meetings, which is as easy as going to the school district website.

Through perseverance, Dr. Hill said she expects that students and parents will come out ahead. In the past, she said there have been a lot of attempts to mend the problems, but she feels that now is a good time to rebuild the local quality education.

“I have said at the board meetings that this a good time to get back to the drawing board. We keep mending the fence, now’s a good time to rebuild the fence. Notice that I did not use the word wall,” she said.

Having worked as a classified employee for SBCUSD for 28 years, including the last 20 years as a sociological services specialist, Joette Spencer Campbell has had a bird’s eye view to parent concerns.

She started out as a clerk, working her way through the ranks within ten district locations and various capacities, including Student Research and Evaluation, nutrition services. While in Special Ed, parents usually intimidated by the process would ask her to attend meetings with them to make them comfortable.

She has heard of a lot of what parents go through to get services for their children. 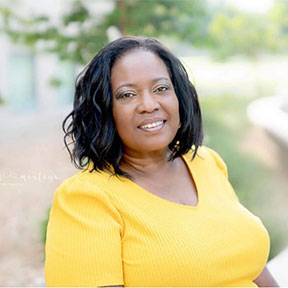 In 2005, she was part of the original group that started the Concerned African American Parents Alliance. She said they worked to negotiate the policy, but implementation was slow to go, despite their long fight. Only recently, new Black parent groups are emerging and  taking shape. The problem is that the concerns are all too familiar.

A couple of years ago, she moved out of the area, but was surprised to return to a fresh group of Black parents who were unaware that their conversation was basically the same unresolved dialogue from over a decade ago.

“To the parents, they are charged up, but they don’t realize it’s the same conversation that we were having,” she said.

Spencer-Campbell, education chair of the San Bernardino branch  NAACP, has been vocal about her support for tuition-free public charter schools. But she also believes that both charter and public schools should be held to the highest standard, particularly for Black students who are not up to par in math and english.

Even in the best of times before COVID, Spencer Campbell said that San Bernardino City School District system had poor outcomes for low-income students of color and their families.

The wheels of change move slowly, and she worries that local kids will be left behind. Due to poverty, she said that students of color are the least likely to graduate, and more likely to drop out.

“Equity should always be the sole measure of educational attainment. It’s troubling to me that [even before ]COVID there’s already an educational gap,” she said. “It will be a canyon when it’s over.”