Black Rose and A Vision for the Future

Some old school elbow-grease with a little commitment of time could be enough to reboot one of the city’s all-time favorites — the Black Culture Foundation’s historic parade the way it rolled back in the day.

Troy Ingram remembers how it brimmed with activity, a vibrant expo and annual revival of community spirit.

Ingram, first vice president of the organization, has heard many people talk about wanting the parade back on the Westside, but without involvement, he said it has been difficult.

The foundation has kept some activities going since the parade moved to downtown, he said. But, volunteerism was still low under mounting expenses, and even the downtown location became impossible to sustain as local government funding dried up during the economic downturn.

“We depended on the community, the city, the county to help with some of the budget, it went away and they weren’t able to help us anymore. They had been very active in helping us, the city with getting the police out there [for security],” Ingram said.

In the future, he would like to see the foundation get stronger in areas of education, giving more scholarships, getting involved in college bound activities.

He also hopes to see more students in San Bernardino County and other areas coming into the Foundation, or having the foundation engage with them as mentors. 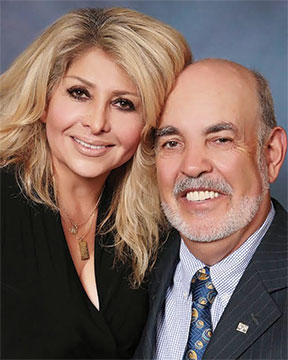 Elections are now around the corner, and seats are open on the Black Culture Foundation board for secretary, and a financial officer. The foundation is seeking grassroots community members to serve and be engaged.

To get on the board, community members are required to attend three consecutive meetings, and apply. Elections are every two years.

Because everything is voluntary, Ingram said their biggest challenge is involvement, but the personal reward for time spent is well worth it. He said he started with the effort impressed that the foundation seeks to honor community builders that go the extra mile in service.

“[The Foundation is] recognizing community people that do things above and beyond what they are asked to do, just to give back. People deserve to be recognized for the things they do in the community. It’s awesome,” he said.

The parade, which stopped about ten years ago, is hoped to rebound. If the foundation can get the help it needs to move goals forward, he believes it could be a success.

“The San Bernardino Black Culture Foundation is looking to try to bring it back and will probably work in collaboration with more community members to see how they can get the parade back into San Bernardino,” he said.

Chehab and Bricia Elawar will be recognized with the Humanitarian of the Year award. Rev. Reginald Woods will be honored for Community Service. Richard Goldson, Jonathon Buffong, and Ezekiel Adeleke will also take home the Black Rose award. Tickets are $65. The banquet starts at 6:00 p.m. at the San Bernardino Doubletree Hotel.

The organization is also experiencing a changing of the guard with its new president, Arlington Rodgers.

In transitioning to his new post, he will be seeking direction from those that have been with the organization for the long haul, including Ingram, Genevieve Echols and the foundation’s dedicated co-founder, Dr. Margaret Hill.

At this point, his main focus is pulling off another successful Black Rose Awards event, followed up with getting the board established.

Since coming on board in March, he said the focus has been on scholarships, which is a primary function of the Black Rose Awards, with a portion of the money raised going toward scholarships from $500 to $1,000.

He is also looking to create partnerships with local organizations, and bring more family oriented, culturally rich events to the community to celebrate and enjoy.

Growing up in San Bernardino, he said the Black Culture Foundation has been a stalwart in the community.

“They’ve always done great things and a great community connection,” he said. “I just want to continue that.”

Those with the early vision for the foundation, the founders were especially committed to maintaining the historical elements within the city of San Bernardino, and surrounding areas.

He believes the organization still holds great relevance for the community today as it has over the decades.

“We always need to remember those who have gone before us, and we always want to champion those causes,” he said. “It’s important to keep that going. We all stand on the shoulders of those who came before us.”