Although golden anniversaries are often considered milestone moments accompanied by festive celebrations, two such observances in April 2018 are bittersweet memories for much of Black America. One took the life of an unparalleled preacher, orator, author, activist and Nobel Peace Prize laureate. The other marks the enactment of what many would argue is the strongest of the civil rights laws enacted during the 1960s: The Fair Housing Act.

As observances begin across the country, now is an appropriate time to recall how fair housing was a key issue for Dr. Martin Luther King, Jr. In fact, Chicago became his chosen battleground for fair housing, bringing a national spotlight to the multiple ills of segregated and sub-standard housing. In early 1966, Dr. King moved his family into one of the city’s ghetto apartments to dramatize how people were forced to live.

On August 5, 1966 during a march through an all-White neighborhood, a riot exploded with racial taunts and hurled bricks. Remarking on the hostility encountered, Dr. King said, “I have seen many demonstrations in the South; but I have never seen anything so hostile and so hateful as I’ve seen here today.”

By the time Dr. King’s life was snuffed out by a sniper’s bullet in Memphis on April 4, 1968, the cause of fair housing was also on the minds of lawmakers on Capitol Hill. The same day Dr. King was martyred, the U.S. Senate passed a fair housing bill and sent it to the House of Representatives for further consideration.  On April 10, the House passed the measure. 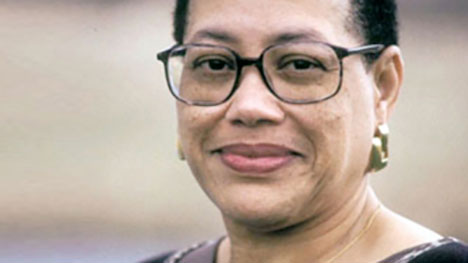 With a signing ceremony the following day, President Lyndon B. Johnson’s signature enacted a federal law that banned discrimination in the sale, rental and financing of housing. Legally, no longer could people be rejected due to their race, religion, or ethnicity.

In his remarks, President Johnson said in part, “With this bill, the voice of justice speaks again. It proclaims that fair housing for all—all human beings who live in this country—is now a part of the American way of life…We all know that the roots of injustice run deep.”

Unfortunately, 50 years of legal roots supporting fair housing has failed to deliver full justice. For many Blacks and other people of color, fair housing today remains just as elusive as it was in 1968.

A year-long analysis of 31 million records by the Center for Investigative Reporting found that:

Each year, the Center for Responsible Lending (CRL) released an analysis of the annual Home Mortgage Disclosure Act, the most comprehensive mortgage lending report, and the only one that includes data on lending by race and ethnicity. CRL’s most recent analysis found that in 2016, conventional mortgage lenders continue to serve White and wealthier borrowers. Despite broad support for large banks following the most recent housing crisis, Blacks, Latinos, and other borrowers of color are mostly accessing government-insured mortgage programs such as FHA or VA. Even upper income Blacks are overrepresented in FHA.

In plain English, that means fewer banks are offer mortgage loans to average Americans and talks about the future of mortgage lending fail to provide for greater access. Once again, the same communities that suffered the worst losses during the Great Recession remain at a financial disadvantage. Homeownership is still a solid, wealth building block. As home values appreciate, financial gains are achieved. But for those shut out of these opportunities, the chance to safely build family wealth is denied.

Further, a recent report by CRL and the National Urban League analyzing a proposed draft of legislation from Senators Bob Corker (R-Tenn.) and Mark Warner (D-Va.) to reform the nation’s housing finance system found it will harm access to affordable mortgage loans and the overall housing market.  The proposal removes key affordability mechanism such as the broad duty to serve, including affordable housing goals. It also weakens fair lending enforcement under the Fair Housing Act by inserting business judgment protection for guarantors’ decisions on access – despite the U.S. Supreme Court ruling that such claims are permissible under the Fair Housing Act.

Just as President Johnson stated 50 years ago, “We have come some of the way, not near all of it. There is much yet to do.”

Charlene Crowell is the Center for Responsible Lending’s Deputy Communications Director. She can be reached at Charlene.crowell@responsiblelending.org.