West Angeles Cathedral was the setting for the spectacular tenth anniversary of Next Dimension University.  The recently held ceremony celebrated the dedicated work of students, and honored those in the community who are changing lives through dedicated perseverance and hard work.

The graduation pre-event consisted of a red carpet walk for grads, and honorary grads.

Next Dimension University is ten years old, but moving light years ahead, under Chancellor Joel McLeod and staff.  Two principal tenets guide the direction of Next Dimension: addressing illiteracy in society, because many children are unable to read in society today, and they are the ones that will end up in jail or on welfare.  Next Dimension has created a preparatory program that is designed to impact illiteraracy.  The other pillar is stomping out biblical illiteracy, for as it is written, “My people perish for a lack of knowledge.” 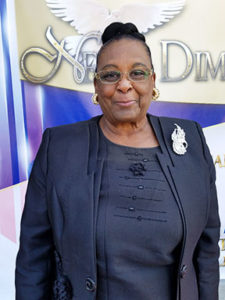 The Next Dimension choir director was Bishop Dexter Kilpatrick, senior pastor of Spirit of Christ Tabernacle in Victorville.

Next Dimension operates several satellite campuses in the Inland Empire.  There were five valedictorians, and five salutatorians from the campuses.

Bishop Kenneth Ulmer delivered the commencement address; he preached from I John 2:20, “You Have Received an anointing,” the gifting and preparation by the Holy Spirit.

Chancellor Joel McLeod was born in Limon, Costa Rica in Central America, but grew up in Brooklyn, NY where the streets exerted a strong influence upon him. He was able to break free, and was on his way to Meharry Medical School in Nashville, TN, when a divine adjustment occurred, and he obeyed the call on his life.  Chancellor McLeod has studied extensively, and brings balance and clarity to the classroom.

Dr. Joel McLeod is married to Mrs. Yvette McLeod and they have six children.